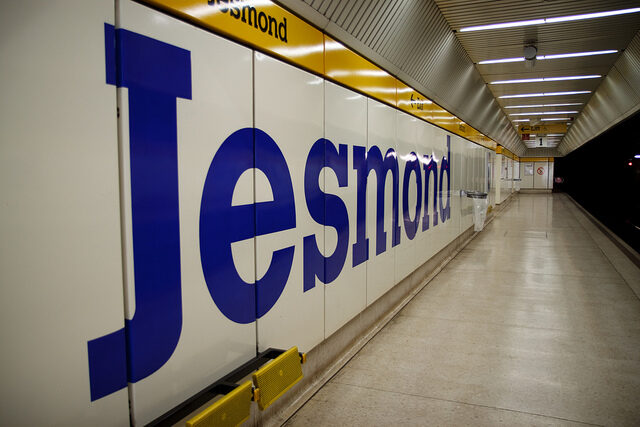 Work began in July 2016, between the Jesmond Metro Station and Queen Elizabeth II Bridge, with 2km of track being ripped up. With 60 stations, the Tyne and Wear Metro has been open since 1980, and this is the first time that the city centre rails have been replaced in its 36 years of operation.

It is all part of a £350m scheme funded by the government, the “ Metro: all change ” modernisation programme, which began in 2010.

The redevelopment has offered new metro jobs for the area, while Nexus themselves have hired 30 new apprentices, as they look to renew their workforce as well as their Metro assets.

The programme aims to modernise the Tyne and Wear Metro, and this particular project is spread out over a 22-week period to minimise disruption.

Further to the spread out period of work, engineers have been working on the line between 12.30am and 4.30am, again to minimise the impact on passengers.

“Work is being carried out purely on night shifts and it is happening in sections so that Metro services can resume the next day without any disruption. Most passengers won’t even know we’ve been there working.” said Raymond Johnstone, Director of Rail and Infrastructure for Nexus.

“This means that we haven’t needed a major line closure that customers will have seen in other parts of the system.”

The second largest metro system in the UK had over 109,000 daily riders in 2015, and these extra measures to ensure their satisfaction have been hugely successful and received praise during the notoriously busy and difficult Great North Run.

By October 2015, the work had resulted in a 30% reduction in signal faults compared to when the work began in 2010, no delays caused by rail breaks in two years and enough electricity saved to power 270 homes and boil 16,000 kettles, according to Nexus bosses.

More than 200 projects have been overseen by Nexus since the “Metro: all change” modernisation programme began in 2010.

This large-scale project has so far required a large, skilled workforce and will continue to do so until its completion in 2021. This coincides with the potential development of the Trans-Pennine tunnel, which will link Manchester to Sheffield, set to start in 2020.

These two massive feats of infrastructure improvement will not only be a boost to the ‘Northern Powerhouse’, but will continue to offer metro and road jobs in the North.

For more information on jobs in the sector visit our metro recruitment page.