What is being done about the UK’s pothole problem? 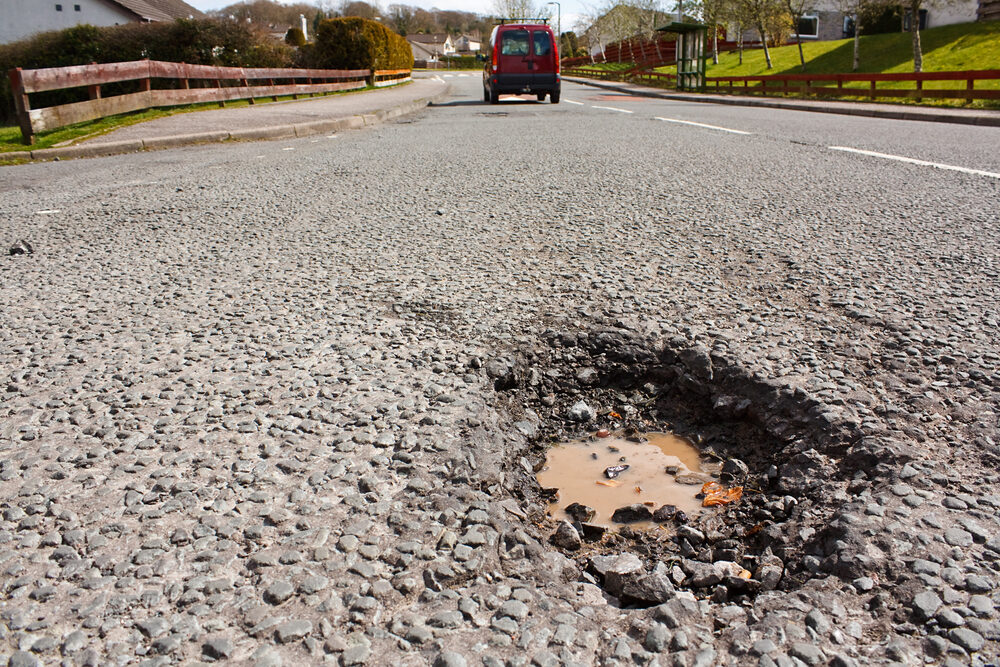 Potholes. Wherever you travel across the UK, you will always stumble across one (literally). For drivers and cyclists everywhere, potholes are something of a nightmare. From causing tyre and wheel damage to causing fatal road accidents , potholes are becoming a serious matter across the UK.

Although countless pothole complaints are fed to our local councils every year, there is much debate as to how much funding should be given to solving the pothole crisis and who exactly is responsible for solving the problem.

An article by the Telegraph predicts that more than 40,000 miles of the UK’s roads could become unusable by 2023 due to potholes. The UK’s pothole problem is so bad, that 88% of drivers believe roads are in “a poorer condition now than a decade ago” and the AA has actually called the crisis a “national emergency”.

With an estimated £556m funding shortage, the Telegraph claims that current UK budgets to repair potholes are falling way to short. “In March the Government increased funding by £100m – intended to repair two million potholes – in addition to the £46m pledged in December, alongside the £75m handed to councils from the Department for Transport’s Pothole Action Fund.

“But with the AIA survey noting that one in five roads were plagued by potholes and 24,000 miles of road required essential maintenance in the next year, more funding will be needed.”

So what is being done about the issue? The AA has taken it upon themselves to launch a new campaign called #FlagitFunditFillit in a bid highlight just how bad the problem is across the UK. The campaign is encouraging a 2p investment from every litre of fuel duty collected to create a £1 billion pothole fund as a starting point to tackle the £9 billion budget required.

We think the state of Britain’s pavements is shocking. Over 10,000 people have claimed for injuries over the past year. What are the worst ones near you? We’re on a mission to get them sorted. #SaveOurPavements #Potholes #Pedestrians #FlagItFundItFillIt https://t.co/uXK7YrfpUa

“We know that £9 billion cannot be found overnight,” says the AA . “But rather than rely on local governments to fix roads with ever decreasing budgets, the Treasury should maintain the freeze in fuel duty and invest some of the windfall from increased fuel prices into a roads repair budget.

“Our #FlagitFunditFillit campaign calls on drivers to safely photograph potholes and send them to the  responsible highway authority  and the Department for Transport via social media to show the scale of the pothole problem.”

If you’d like to find out more about road maintenance roles and highway recruitment, take a look at our website or get in touch with our friendly team today.