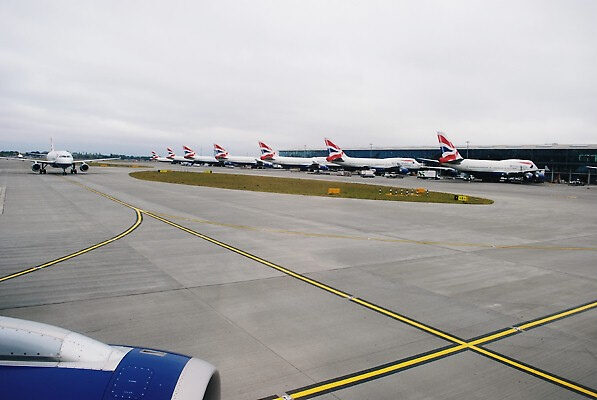 A property and hotel tycoon has submitted plans for the construction of a third runway at Heathrow Airport, which he believes could save the government up to £5 billion.

Surinder Arora, owner of the property developers Arora Group, was responding to the government’s public consultation on the matter, which was launched following approval of the airport’s initial proposals in October 2016.

It is understood that the money-saving ideas put forward by Arora, who are clearly keen to be involved in the project’s development, include building the new runway using a smaller amount of land than had previously been settled upon in the initial plans.

According to Mr Arora, his company’s plans aim to put passengers ‘at the heart’ of any future work, and break up what he sees as the ‘monopoly’ currently in charge of the airport. As reported by the BBC, the businessman explained that what he believes Heathrow primarily needs is ‘competition and innovation’, and that his plans would help this to be achieved.

BA: ‘It would significantly reduce costs’

British Airways (BA), the UK’s biggest airline, is also Heathrow’s largest customer, so Arora would have been pleased to note that his plans have already been tentatively supported by the carrier. Willie Walsh, chief executive of the IAG conglomerate which owns BA, told reporters that the government ‘should look closely at Arora’s proposal as it would significantly reduce costs’.

In response to media enquiries about Arora’s ideas, a spokeswoman for Heathrow noted that ‘some of the options we are looking at sound similar to those suggested in this submission’, and that the airport is already determined to ‘improve passenger experience, reduce the impact on local communities and lower the cost’ of the scheme.

Whichever development option is eventually chosen, the airport and UK government alike are hopeful that the project’s overall benefits will far outweigh any costs; the Department for Transport believes that 77,000 new airport jobs and £61 billion worth of economic activity will be created as a result of the new runway in under 15 years.