arlier this month, a team from McGinley Support Services competed in their third consecutive Big Rail Diversity Challenge, which took place on 7 June.

Held at the East of England Arena in Peterborough, the event aims to promote diversity in the rail industry by having teams with equal numbers of men and women compete in a range of challenges.

The event is described by its founders Women in Rail in association with Nimble Media as “a crossover between ‘It’s a Knockout’ and ‘Krypton Factor’”, and the challenges are as diverse as the people taking part in them.

There is a mix of mental challenges, from escape rooms and pub quizzes to physical events, such as a school sports day and Zorb relay –topped off by some more bizarre challenges like 7 seater bike riding and a Zumba dance-off. 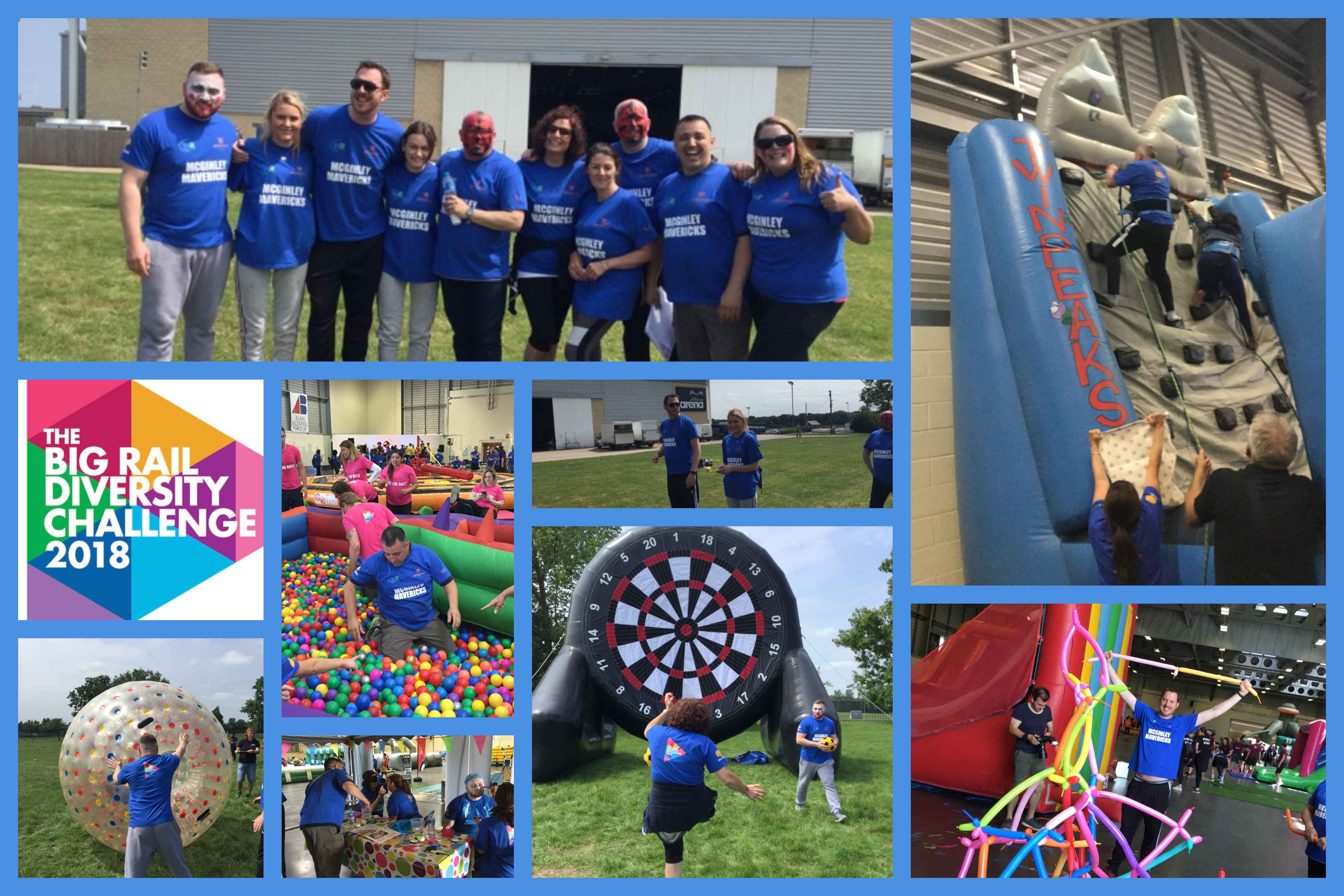 The team gave it their all and after the final challenge, it was an anxious wait for the winner to be announced with such a close competition throughout the day.

McGinley found themselves in 4 th place out of a record 56 teams, only trailing leaders “off the rails” from Bombardier/TfL by 20 points.