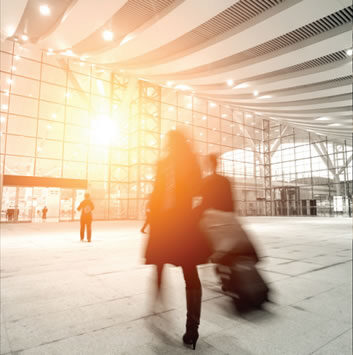 Network Rail has announced that they will be launching one of the biggest Christmas and New Year investment programmes ever carried out on Britain’s rail network.

Network Rail will be making the most of the quiet period, beginning in the earliest hours of Christmas Day. The number of train users drops by around 50 per cent during the Christmas period, and traditionally there is no train service on Christmas Day and Boxing Day, making these few days a great opportunity to minimise disruption to train users.

Across the UK, nearly 500 individual projects will be carried out across 7,500 sites. Improvements that will happen over the festive period include:

Many major improvement projects will be taking place in and around London. Work on the railway around London Bridge will continue, including on the tracks and signalling. A new viaduct at Borough is being brought into use to support London Bridge station and provide more trains to more destinations across the south east.

A busy junction at Purley, near Croydon, is being replaced in order to support double rail capacity at Gatwick by 2020 and treble by 2035.

For many, Christmas is not a time to work. However, a 2013 study from the Office for National Statistics showed that 2.9 per cent of the employed population worked on Christmas Day 2012, many in health and service jobs. In regard to rail, an independent review of how the rail industry plans and schedules major improvement work showed that Christmas, Easter and bank holidays are the optimum times to carry out work that would involve major line closures.

Network Rail’s Christmas workers, dubbed the ‘Orange Army’, have shown an understanding that theirs is an essential job, and that Christmas is the most advantageous time to carry out this work.

Track Section Manager Barry Robinson said in this article, “This Christmas, I’ll be giving up time with my family to help make sure we get the essential work done to keep the railway safe and reliable for the public. There are a lot of large projects going on this Christmas, which all need to be fully manned.

“I’ve put my name forward for the Christmas period this year because quite a few of the others on the team have young kids and want to spend time with them. I’m glad to say I’ve been there and done that, which is why I’m happy to do my bit this Christmas, along with thousands of others at Network Rail.”

Visit our jobs page for our latest vacancies in rail and other industries.